Medieval and early modern highlights of the collection include estreat rolls for the hundred of Catsash, 1598–1601, and the hundred of Stone and Hamdon, 1598–1606. There are many medieval deeds including, for example, a quitclaim of 1411 for the manor of Pendomer. The collection also contains many 17th and 18th century wills and probates which are important for Somerset because the majority of Somerset probate records before 1858 were destroyed during the Second World War. Also of note for the Yeovil area are papers concerning the erection of the town’s Unitarian chapel in the 1820s, records concerning the Yeovil Gas and Coke Company for the 1840s, a 1755 map of lands in Yeovil, East Coker and Closworth, and an 1808 map of Yeovil Marsh.

The family papers include the genealogical and antiquarian research papers of John Batten the younger. They cover subjects including the Yeovil almshouses, the Bruton cartulary and Yeovil charities. Of particular note are the late 18th and early 19th century diaries of Nathaniel Batten. The career of Miss Winifred Batten as a Red Cross nurse during the First World War is also represented; there are photographs of patients and staff at Étaples Military Hospital during a visit by Queen Mary in 1917, a notice of the award of the Military Medal to Miss Batten, photographs of her receipt of the MBE and notification of the cessation of hostilities.

The Batten family archive will help greatly to further the study of the history of Yeovil and South Somerset. The South West Heritage Trust is most grateful to the Friends of National Libraries for generously making possible the purchase of the collection. 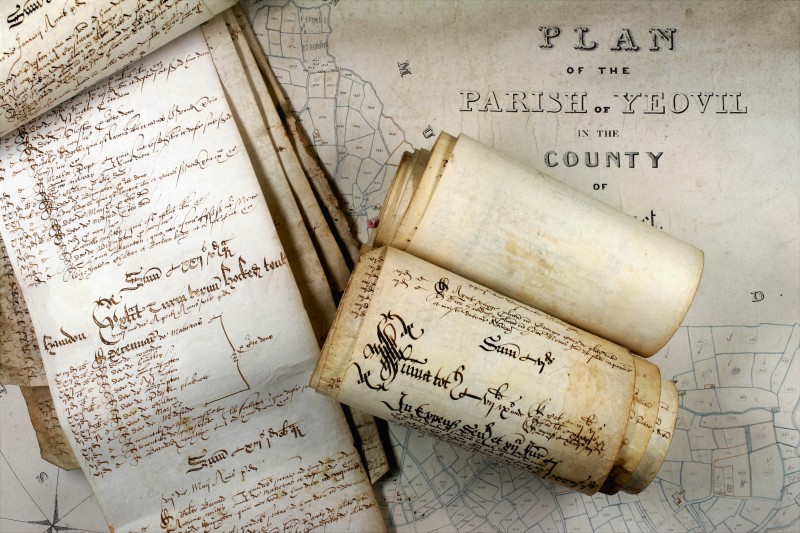 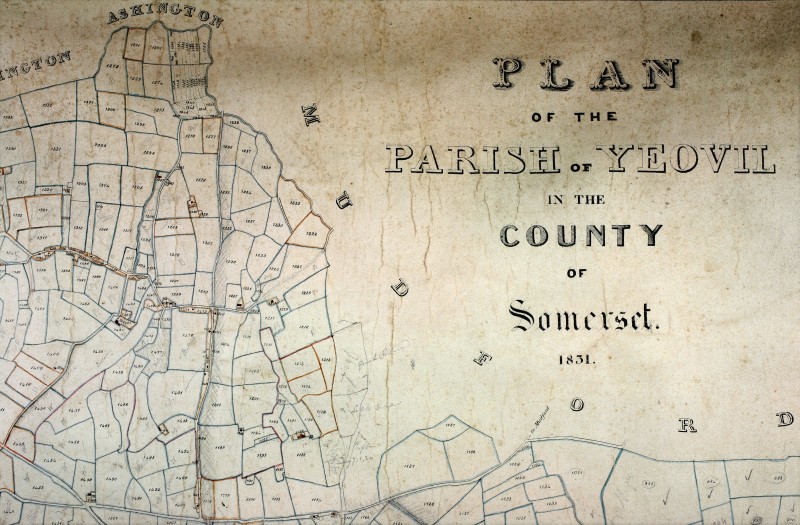 Detail of a parish map of Yeovil, 1831. Images courtesy of the South West Heritage Trust.