The SS Great Britain Trust, based beside Bristol’s floating harbour, is the charity that owns and cares for Brunel’s steamship the SS Great Britain, her historic dockyard and related collections. The Trust is an Accredited Museum and holds one of the world’s finest maritime collections. It is Designated by Arts Council England in recognition of its outstanding significance and national importance. Contained within it is the National Brunel Collection – over 15,000 items relating to Marc Brunel, Isambard Kingdom Brunel and Henry Marc Brunel (I.K. Brunel’s son). It includes the Trust’s own Brunel-related objects, the University of Bristol’s Brunel papers, and the largest private collection of Brunel items, recently gifted to the Trust, which contains personal possessions of I.K. Brunel never seen before by the public. Together these objects form the most important collection of material relating to the Brunels in public ownership and enable a dense and detailed analysis of their life and works. Many of these objects will be on public display (some for the first time) in the new Being Brunel Museum, which opened in April 2018.

The material auctioned at Bonhams is probably the most significant collection relating to Marc Brunel ever to come on the market. Marc Brunel was a creative and innovative engineer who had a significant impact on the nineteenth century. His influence continues today; for example, the tunnelling shield which he invented to construct the Thames Tunnel is the inspiration for all modern soft-ground tunnelling machines. Marc made I.K. Brunel into an engineer by teaching him to draw and observe, and sending him to France for a technical education. He also gave him his first job, as Engineer at the age of just 21 on the ambitious Thames Tunnel project. I.K. Brunel owed much of his engineering success to his father.

The material sheds light on the period of Marc Brunel’s escape from France to the USA, and his early days in England: a part of his life poorly represented in UK collections. This period is important because during it he created block-making machines, sawmills and factories at Portsmouth and Chatham Dockyards for the UK’s part in the Napoleonic Wars. The material also fills significant gaps in the existing public collections relating to Sir Marc and family. It was already known that Sir Marc taught both siblings Isambard Kingdom and Sophia to draw and observe, but one lot includes a manuscript biography of Marc by Sophia (another example of which is already in the Brunel Institute), as well as an account by Sophia of visits to industrial sites in the North West of England, including factories, foundries and mills, and her account of train travel. Sophia has been called ‘Brunel in petticoats’ and this lot reveals how much she admired her father and all he achieved, while being unable to become an engineer herself. This also contributes to the wider story of 19th-century women restricted from joining professions by virtue of their sex.

The material is exceptional not only in its beauty and artistic merit but also for the clarity of technical detail. Previous Marc Brunel material has been rich in documents such as letters and diaries, but none of them have included meticulous design drawings of the kind present here. As such these drawings are unique – they complement the rich Brunel material held in the Brunel Institute and are crucial to an understanding of Marc Isambard Brunel's career and his engineering practice.

In addition to being displayed in the new Being Brunel Museum which opened in 2018, the collection will be available on demand for anyone to see in the Brunel Institute, and will be used for the popular Archive in Five and Conservation in Action daily access sessions; in 2016 over 14,000 people saw objects in this way. The material will also be used in the Trust’s Future Brunels education programme, which encourages young people to follow careers in science, technology and engineering.

Design for a suspension bridge for the Isle of Bourbon. 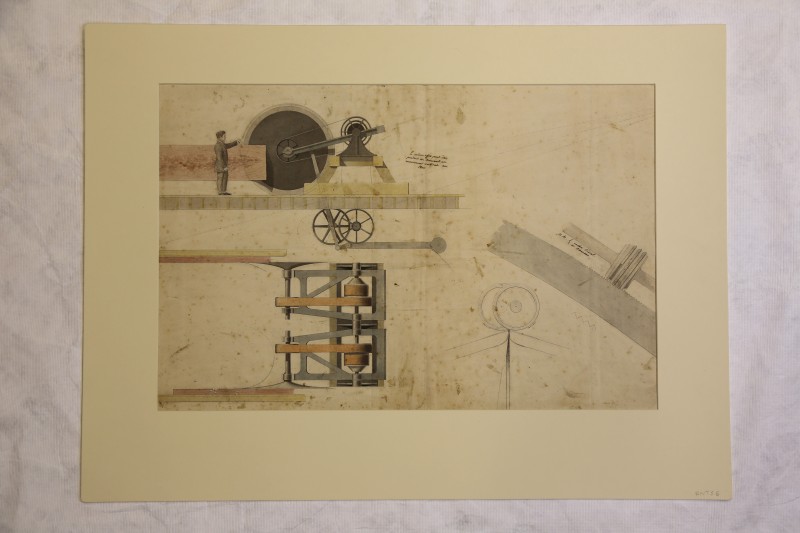 Design for a machine to cut veneers. 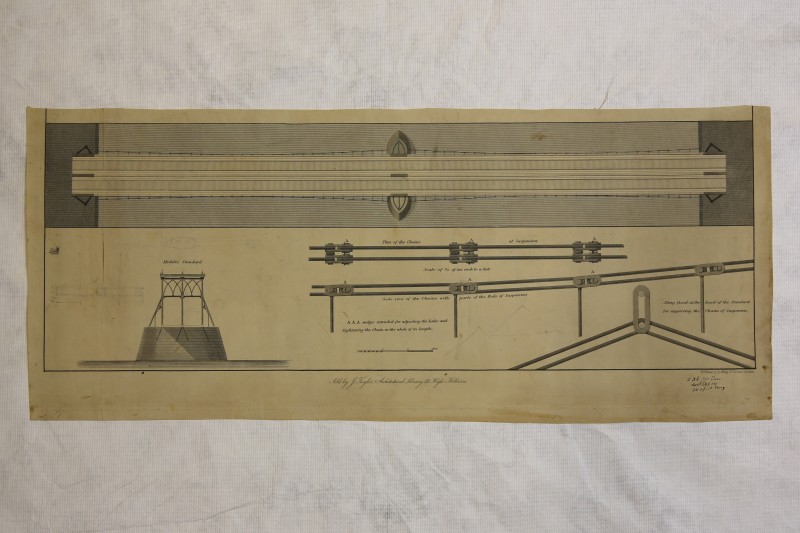 Designs and engineering drawings for bridges. 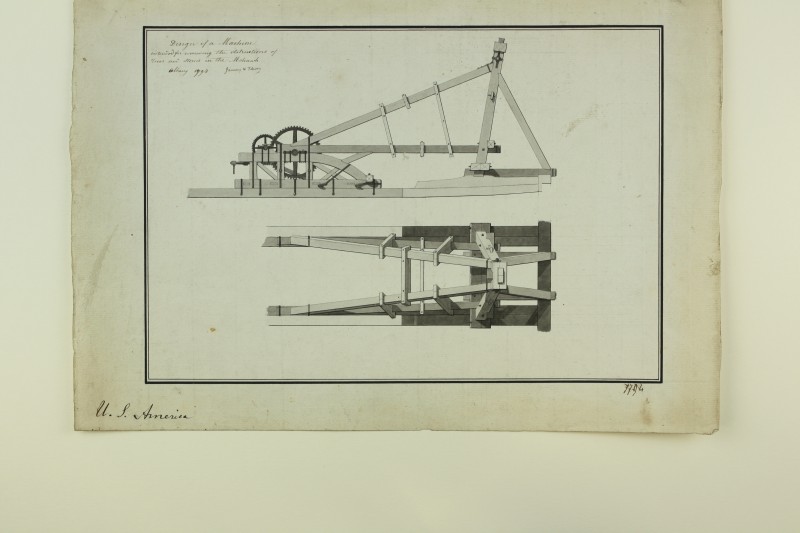 Designs for machines to improve the navigation of the Mohawk River. 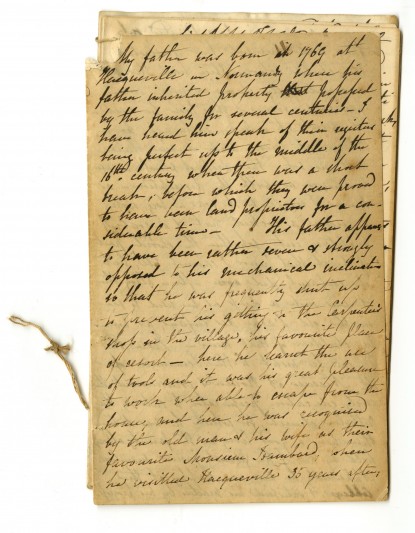 From the collection of personal letters and papers. Images courtesy of SS Great Britain Trust.