The Codex Zacynthius is a named codex of the New Testament, consisting of 176 parchment leaves in a 16th-century goatskin binding. The Codex  is a palimpsest, with a catena (commentary) on the Gospel of Luke, containing substantial parts of the book, overwritten by a selection of the Gospels in Greek, an evangeliary, in the 12th century. The importance of the manuscript lies in the undertext, the catena, which is most likely to be dated to c. 700 CE, on strong palaeographic grounds, and which preserves the text of Luke 1:1–11:33 in a fine biblical majuscule. Codex Zacynthius is unique among New Testament manuscripts in having both the text of the Gospel and the commentary written in uncial hands. The paucity of scribal errors and the infrequency of corrections suggest that the work is the product of expert scribes, and should thus be considered a valuable witness to the development of the text of the New Testament. 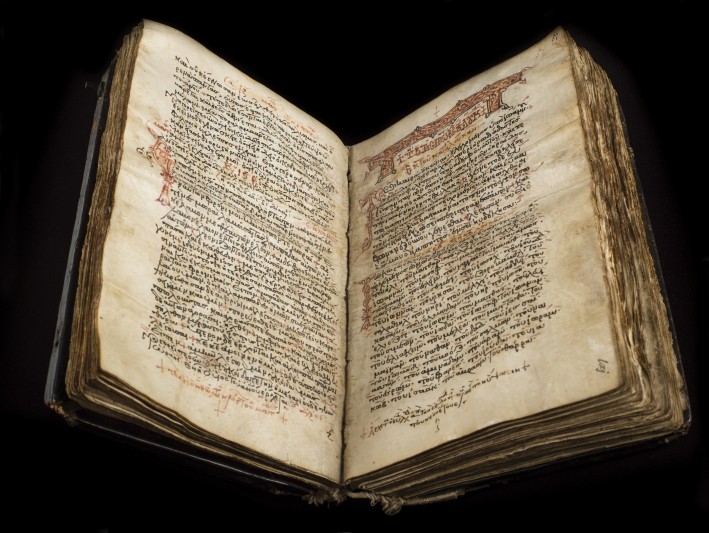 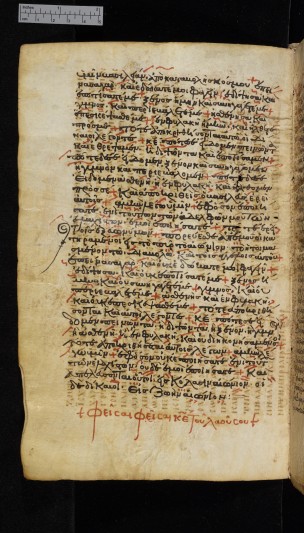