A collection of the letters, literary drafts and notebooks of Daphne du Maurier

This collection was formerly owned by Maureen and Monty Baker-Munton.  Maureen had been PA to Daphne’s husband, “Boy” Browning during the Second World War and continued to work for him after, during which time she and Daphne became good friends.  After du Maurier’s death, Maureen’s husband Monty Baker-Munton was her Joint Literary Executor with her son, Kits.

The University of Exeter was able to purchase some of the letters sent from Daphne to Maureen.  Many reveal the closeness of their friendship and discuss Daphne’s domestic life, family relationships and her husband’s illnesses in later life. Others mention her writing: in one letter, for example, she tells Maureen that she was busy in the Autumn “continuing and finishing the last novel old Sir Arthur Quiller-Couch ever wrote … which was great fun and a challenge”.  This was the unfinished novel, Castle Dor, that Arthur’s daughter and Daphne’s friend, Foy Quiller-Couch, requested her to complete after her father’s death: the novel was published in 1961.

In addition to the letters we purchased literary drafts, manuscript notebooks and proofs, including a notebook signed by du Maurier and dated 1955 with her plots for The Flight of the Falcon, The House on the Strand, and Le Remplaçant, later published as The Scapegoat.  We also obtained a manuscript notebook containing the play entitled Mother - the working title for Daphne’s third play, September Tide, which opened at the Aldwych Theatre in 1948 starring Gertrude Lawrence. There are also manuscripts and handwritten drafts of poetry, including the unpublished early poem ‘the Old Ship’; typescripts of poetry, and proofs including a proof of the script for Au Pair, which Daphne wrote for Kits to make into a short film; plus various other typescripts, proofs and copies for individual articles. Of broader interest are typescript notes relating to the hearing Macdonald v Du Maurier – a case of plagiarism brought against du Maurier in the United States regarding her most famous novel, Rebecca, which she successfully defended.

The purchase fits very well with the significant collection of du Maurier manuscripts and typescripts on loan to the University from the Chichester Partnership and other materials relating to du Maurier that the University has received via purchase and gift since 2004.  Our du Maurier collections are currently used in undergraduate teaching modules at the University relating to literature, publishing processes and film adaptation.  As some of the items acquired in the sale are drafts for broadcast, these will add to the collections we currently use to demonstrate the process of adapting material from literary forms, such as scripts, short stories, novels and plays into film, television and other screen media.  Her archive is also popular in our outreach and widening participation activities.  As du Maurier is such a well-known author, students and visitors find it exciting to be able to see her workings first-hand and to use the archive to understand the rich and complex relationships within the creative processes of writing, editing, publishing and literary adaptation.

In addition, there is ongoing research on du Maurier at Exeter, with external PhD visiting researchers, a conference in France in 2019 attended by one of our du Maurier scholars from Exeter, and the annual Fowey Festival. 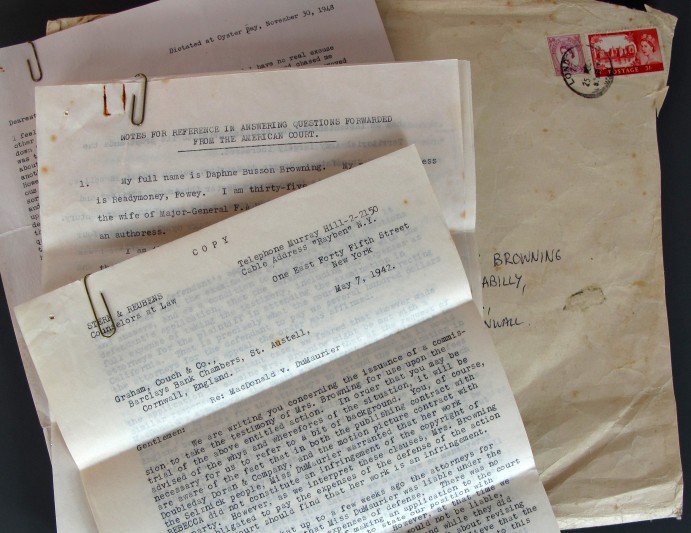 Papers relating to the case of Macdonald v du Maurier in the US court in 1942. Courtesy of University of Exeter. 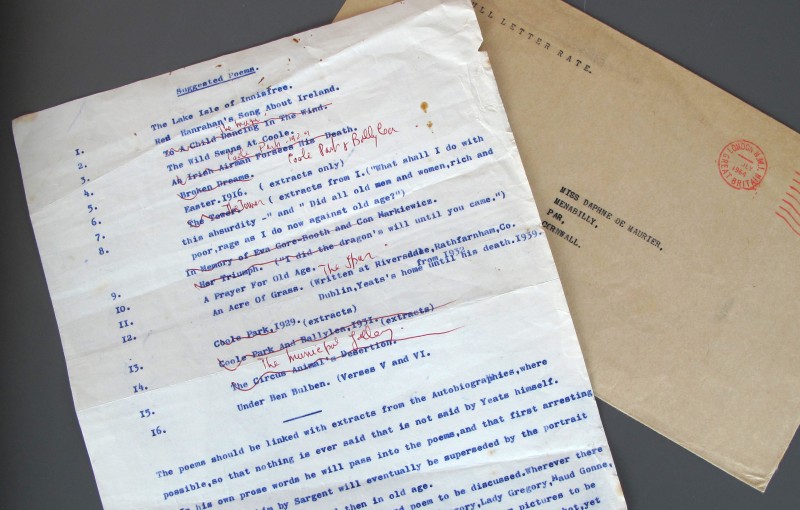 List of selections of Yeats' poems with annotations by du Maurier. Courtesy of University of Exeter. 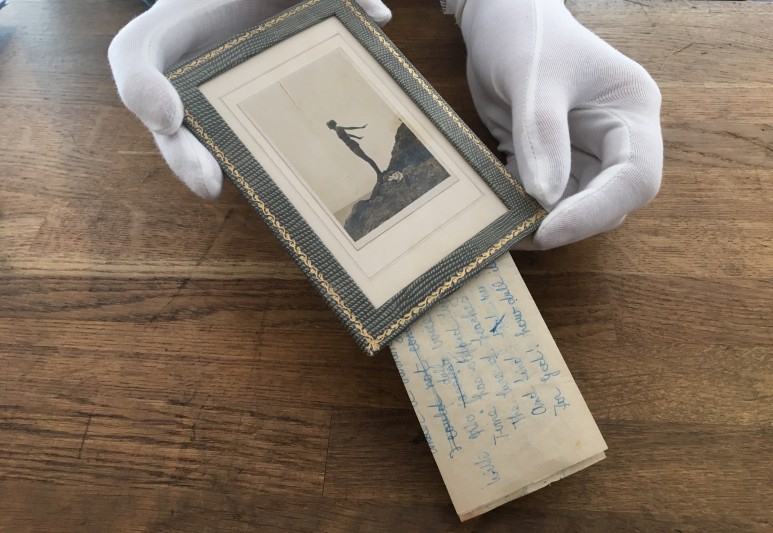 Two previously unknown poems by du Maurier were found inside a picture frame. Courtesy of Rowley's.