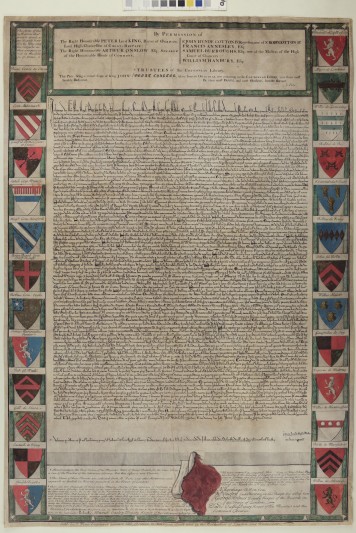 Pine's engraved facsimile. Courtesy of the Chapter of Canterbury Cathedral.