The final volume of the journal of Shetland scholar Gilbert Goudie

During the final 18 years of his life, Gilbert Goudie (1843-1918), a banker in Edinburgh and native of Shetland, composed a series of autobiographical journals, covering his whole life to date. In 2016 the Shetland Archives acquired the series, and the diaries on which they were based, from Goudie’s descendants.

There was one gap in the journal series, however: the final volume, covering the years 1916-17. It recently came to light – its previous owner’s father-in-law had bought it in the 1930s in Brighton – and has now been acquired for the Shetland Archives with the help of a generous grant from the Friends of the National Libraries.

The final volume now acquired contains a valuable account of his final visit to Shetland, in 1916, and his continuing interest in the islands’ history. He also describes an excavation of a souterrain that he carried out in Tiree that year, at the behest of the Duke of Argyll: an exploration not recorded elsewhere. He pastes in a photograph of himself and his labourers on site.

The volume gives a very vivid account of wartime and its inconveniences in Edinburgh, including a Zeppelin raid. He preserves a newspaper photograph of Count Zeppelin, ‘[t]he fabricator [as he puts it] of the accursed Zeppelin air ships’.

Goudie was not an admirer of militant socialists or Irish ‘traitors’ of the period, and writes explosively about them. He writes at length too about the progress of the war: the journal ends with despairing remarks about revolutionary events in Russia. Naturally, he dwells on the tragic deaths of family members during the conflict.

On the other hand, there is much material about his busy social life: his visits to friends and acquaintances, and tea parties with them. There is a touching account of his courtship and second marriage. As time passes we read about the deaths of some of his friends, and reminiscences of them: Goudie carefully pasted in their obituaries.

Goudie had been brought up in Shetland as a Baptist, and continued to adhere to that tradition in Edinburgh. Eventually he joined the Church of Scotland. The journal contains amusing accounts of attempts by a clergyman to enlist him as an elder of the church: Goudie refused, again and again, because of theological qualms.

Gilbert Goudie’s journals are by far the most extensive autobiographical account of a Shetland exile from the period. It is a delight that the Shetland Archives has been able to acquire the final missing volume, with much appreciated help from FNL. 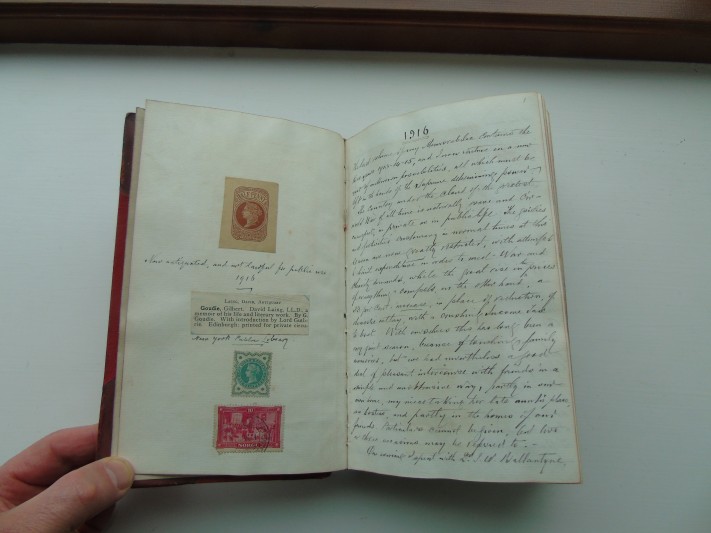 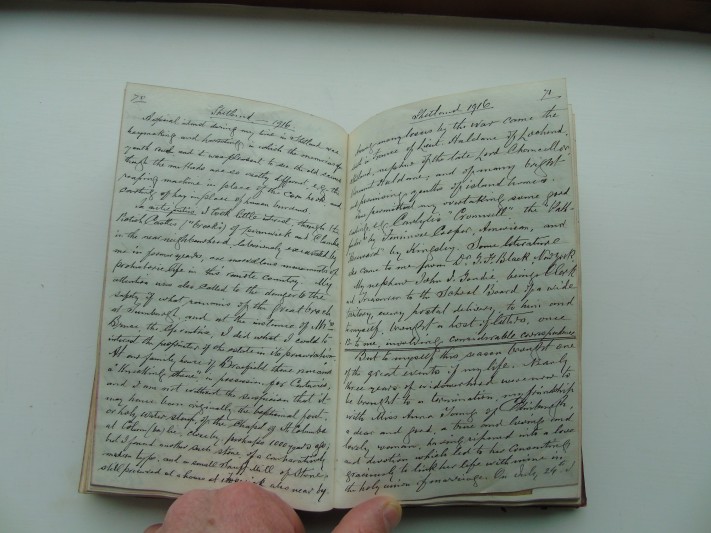 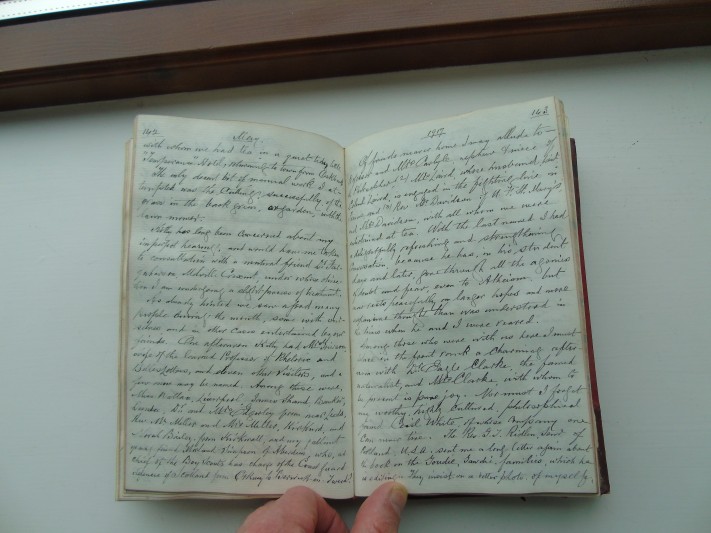 May 1917. Images courtesy of Shetland Archives.