Sir Philip Sidney (1554-86), poet and courtier, was one of the most influential literary figures of the Elizabethan age. The pedigree, which was probably commissioned from Robert Cooke by his father, Sir Henry Sidney, is on a long (c.300 cm) vellum roll of five joined sheets. It displays 88 hand-coloured coats of arms over 18 rows, joined by highly illuminated branch and foliage decoration. There is an additional large and finely executed coat of arms of Sir Philip Sidney on the final sheet (currently detached), with Cooke’s signature. 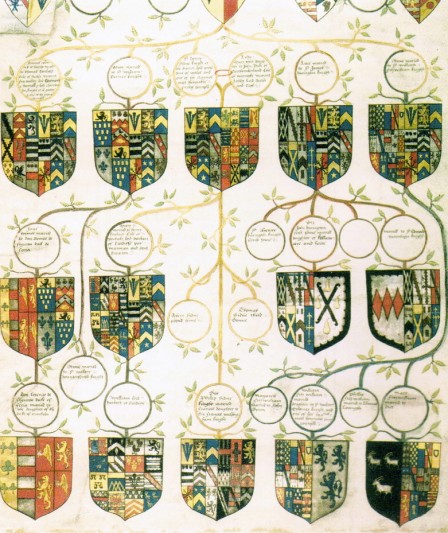