‘The Laws of Hywel Dda’ is a long-established descriptive term for native Welsh legal texts which were traditionally regarded as having been codified in the 10th century by King Hywel ‘the Good’ of Deheubarth, effectively ruler of all Wales under the overlordship of Athelstan of England. Copies of the laws survive in some 30 medieval manuscripts, written both in Welsh and Latin, nearly all of which display unique textual features, and most of which are kept at the National Library of Wales in Aberystwyth.

This small parchment volume, written in Middle Welsh, is the oldest Welsh manuscript offered in a public sale since the Hendregadredd Manuscript was sold to the National Library of Wales, again at Sotheby’s, in 1923. The Boston Manuscript was sold by the Massachusetts Historical Society, and appears to have been donated to that Society by Welsh emigrants early in the 19th century.

The main part of the manuscript shows signs of having been written by three scribes in south-west Wales, possibly in Ceredigion, in the mid-14th century. Further texts and gatherings were added to the original work during the remainder of that century, possibly by an itinerant lawyer or judge in the Welsh Marches, where the Welsh laws were still cited in civil cases following the Conquest of 1282.

Native Welsh law became obsolete following the 1535 and 1542 Acts of Union, with legal texts then becoming the objects of antiquarian interest. This manuscript re-appeared at the town of Brecon at the end of the 17th century, when it received the scholarly attention of the Oxford-based antiquary and polymath Edward Lhuyd. Its next re-appearance was in the records of the Massachusetts Historical Society in 1831, where it was regarded as being ‘very valuable’, although ‘of no importance in an historical view’! Few readers of Welsh were able to access this manuscript during subsequent years.

The repatriation of this Welsh national treasure was made possible by a major grant from the Heritage Lottery Fund, and the help of the Friends of the National Libraries. 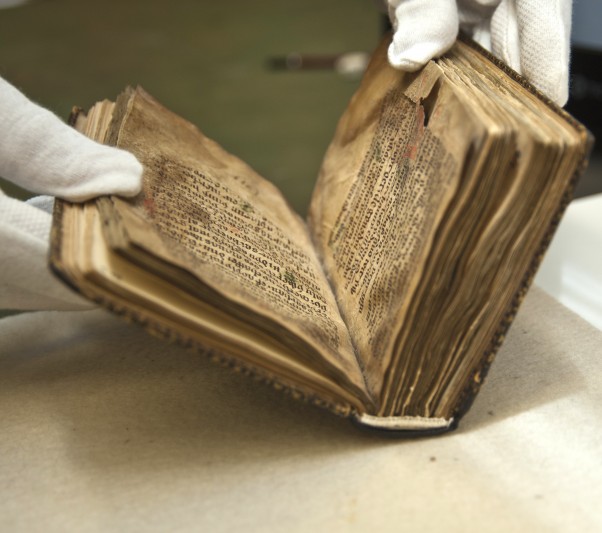 The Laws of Hywel Dda, 14th century, 'one of Wales' true treasures'. FNL grant 2012. Image courtesy of the National Library of Wales.