These two previously unknown items were listed on eBay in November 2018.  The seller’s memory was that they had come from a house clearance about 20 years ago.

Both relate to the tithing of Winterbourne, which is in the ancient Berkshire parish of Chieveley.  The map is titled as showing ‘John Sherwood’s land in Donnington’, although the property was actually situated in the south of Winterbourne tithing, adjacent to Donnington Castle.  It was drawn by William White, is hand-coloured on vellum and measures 545mm x 345mm.  It is a particularly fine example of a late-17th century small estate map, showing field names and acreages beside an accompanying schedule, together with a charming insert showing the main house and surrounding farm buildings.  The Berkshire Record Office holds no other records relating to this estate and the map almost certainly provides the only evidence for most of the field names marked upon it, as most are not recorded in the Place Names of Berkshire.

Initial research shows that the landowner was most likely the John Sherwood, yeoman, who lived in East Ilsley and whose will was proved in the Prerogative Court of Canterbury in 1713; beyond that little is known of the property’s descent until the 19th century, when it formed part of Bagnor Manor and was known as Honeybottom Farm.  The original building still stands, with additions, as Honey Bottom House.

The poor rate valuation is a small folio book of 32 sheets, sewn into a single section and covered in brown calf.  The valuation is dated 10 November 1802 and lists property and field names, owners, occupiers and acreages for the whole tithing.  It was compiled by Edward Barton and John Tredgold, who were probably stewards to one of the local landowners.

The valuation would have been created for the chapelry at Winterbourne and is properly the sort of book you would expect to find within the parish chest.  Indeed, disbursements by the overseers for Winterbourne already form part of the Berkshire Record Office holdings.  However, the valuation includes manuscript additions which note changes in properties and tenure up to 1826 and a number of these relate to properties owned by William Harbert, who purchased the manor of Winterbourne Mayne in 1807.  It seems quite possible that the book, although used for parochial matters, has spent its entire custody in private hands.

There is no immediate connection between the ownership of these two geographically-similar items.  William Harbert’s house, later known as Bussock Mayne, was in the north of Winterbourne tithing and has a separate descent, well-recorded in the Victoria County History.  But if the provenance of both objects is presently hard to decipher, together they still represent a valuable find that sheds new light on one of the county’s less-recorded settlements. 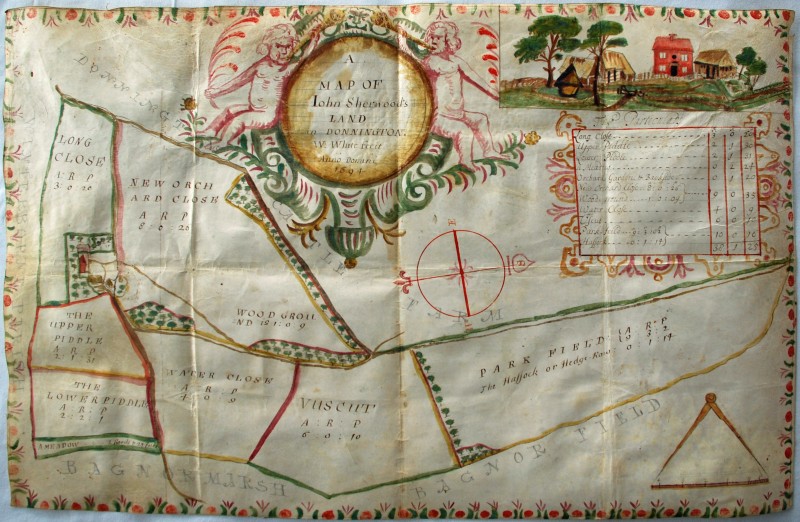 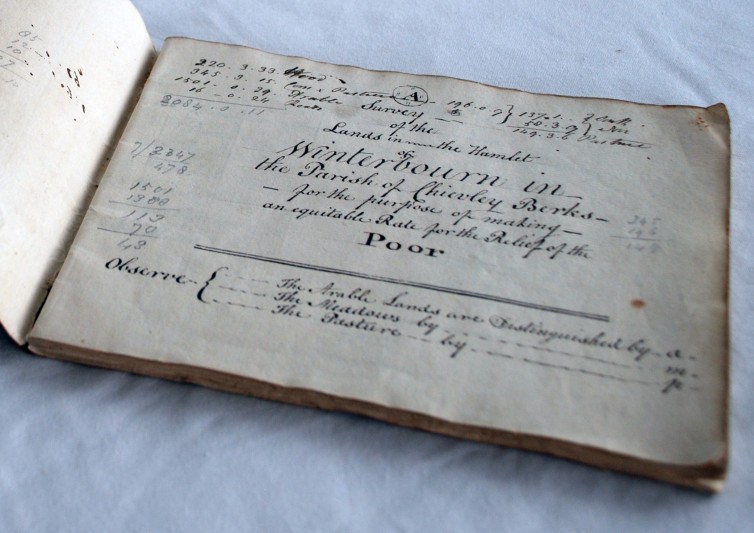