John Pattenden of Lamberhurst and Brenchley (c.1615-c.1675) was the most active cartographer working on the borders of Kent and Sussex during the second third of the 17th century. His career, illustrated by a series of maps at the record offices of East Sussex and Kent, spanned the years 1637 to 1664. East Sussex Record Office already holds over a dozen examples of Pattenden’s work, one of the earliest of which – Penns Rocks in Withyham, 1638 – was bought with a grant from the Friends in 2008. The style of his maps represents a distinct step forward from the monochrome surveys of Henry Allen of Tonbridge, who was operating in the same area a generation earlier.

Documents already at East Sussex Record Office enable the descent of the farm depicted by Pattenden to be traced from 1592. Already in 1642 its owner William Peckham was of some standing in the parish, contributing the fifth-highest of 122 parishioners to the relief of protestants in Ireland. In 1651 he added significantly to the size of the holding by the purchase of a further 185 acres, including a watermill and the site of Iridge Furnace. A map of 1770, when the estate was in the hands of Henry Peckham, shows Boarsney as an expanded holding of 321 acres.

Cartographic material is one of the greatest strengths of the East Sussex Record Office, and one upon which we have consciously built by an active policy of purchase during the last 30 years. Maps convey a large amount of information in a very small space; they capture the appearance of a locality at a moment in time; they contain information of value to the local historian, biographer, historic buildings specialist and student of place-names; and of all the types of document in a local record office they are among the most readily accessible to an inexperienced user.

As ever, we are most grateful to FNL for enabling us to acquire this most interesting survey of a well-documented Wealden farm, which both augments our knowledge of the estate itself and adds another fine example of the work of a leading cartographer. 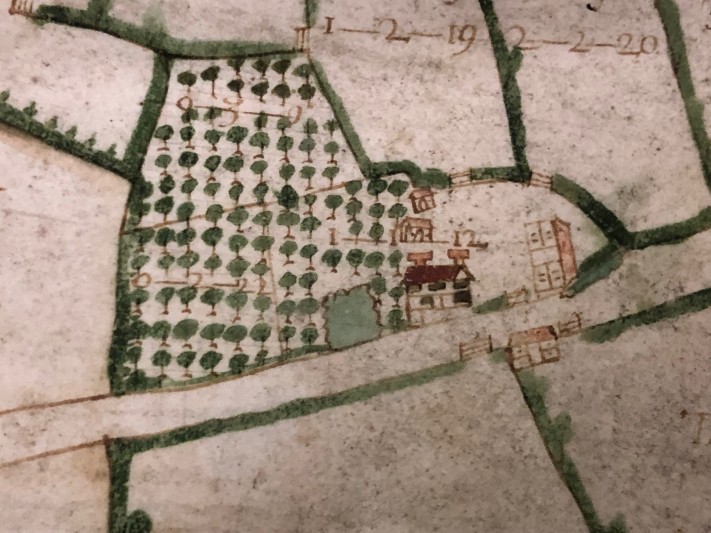 The farmstead at Boarsney, including substantial orchard. 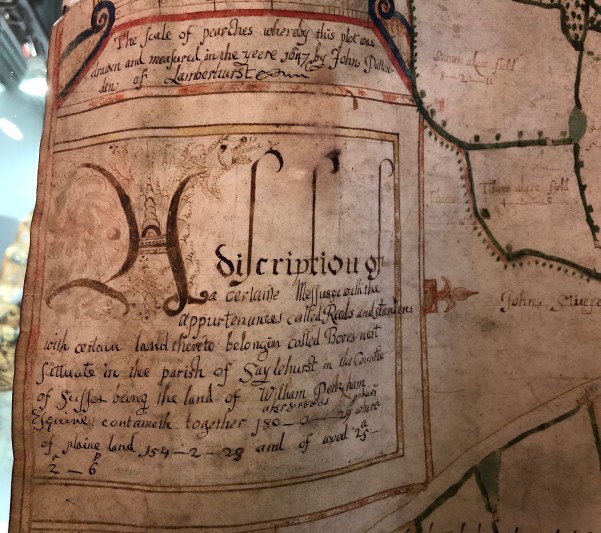 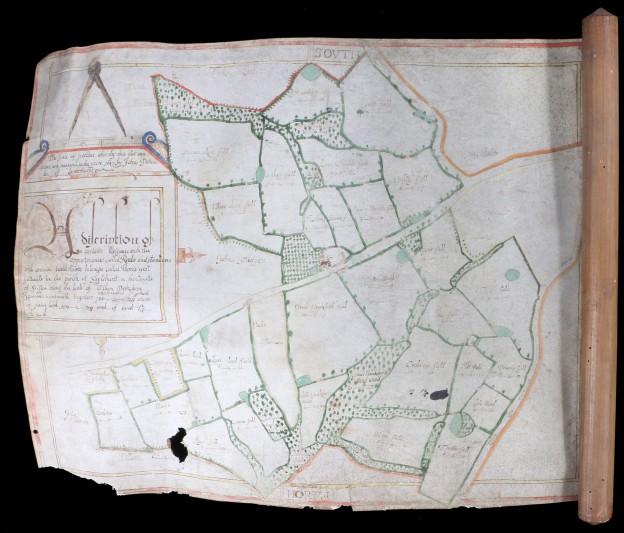