On 18 November 2019 one of these tiny manuscripts by Charlotte went under the hammer at the Drouot auction house in Paris. This was part of the second series of The Young Men’s Magazine, produced by Charlotte in 1830 and consisting of more than 4,000 words crammed on to 20 pages measuring just 35mm by 61mm. The series originally consisted of six magazines: four of these are already part of the Museum’s collection and a fifth was originally part of the Law collection, but its present location is unknown.

The Little Book first came to light in a sale at Sotheby’s in 2011, with an auction estimate of £200,000 to £300,000. A generous grant was offered from the National Heritage Memorial Fund – the fund of last resort – and the promise of a grant from the Friends of the National Libraries meant that the Brontë Society went to the auction in December 2011 with over £600,000. It came as a blow when the Society was outbid, and the Little Book was acquired for the Aristophil collection in Paris, briefly going on display at Le Musée des Lettres et Manuscrits, before the entire collection was impounded when Aristophil came under investigation for fraud. The Paris judiciary authorised the sale of the collection, and this time the Brontë Society were successful in their bid to bring the Little Book home to Haworth, where it can be preserved and enjoyed for the benefit of future generations. The Little Book is now on display at the Brontë Parsonage Museum, reunited with the other four surviving miniature manuscripts from the second series. 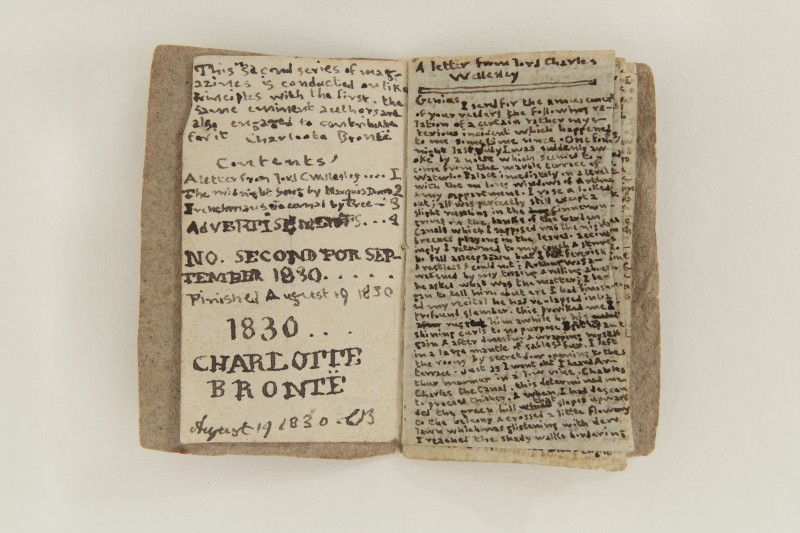 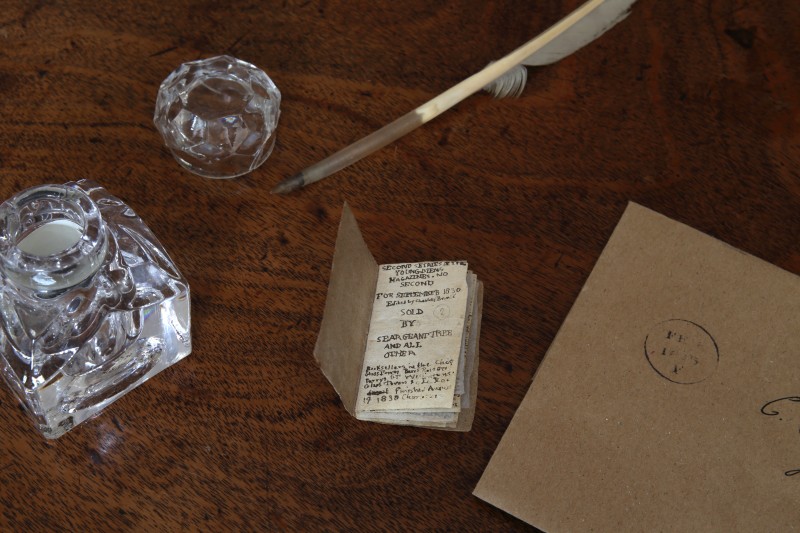 The Little Book on the Brontë's dining table at Haworth 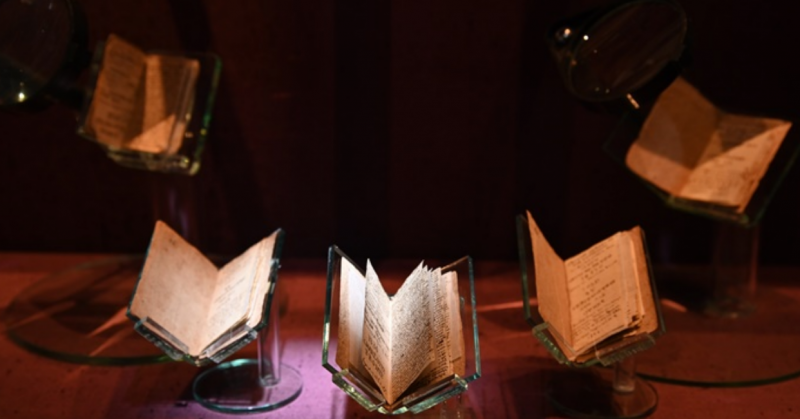 The Museum's five (of an original six) Little Books on display. Images courtesy of the Brontë Society and Brontë Parsonage Museum.