This large collection of mountaineering and climbing books is from the estate of Nat Allen, a founder member of the Rock and Ice climbing club. Amongst the collection are a scrapbook and selection of black and white photographs and 35mm slides. With the support of the Friends of the National Libraries, the Mountain Heritage Trust has purchased these items from Beckside Books for a package price of £300.

The scrapbook of Nat Allen includes the original handwritten AGM minutes from the Rock and Ice Club on seven foolscap leaves (13 pages of writing) for the years 1952-1956, signed by Doug Belshaw as club secretary. The other end of the book, reversing the volume, begins, ‘Scrapbook - Climbing & Friends’, containing  cuttings, begun in 1969, but including some earlier items and comprising 60 foolscap pages with cuttings and cards on both sides. Also included are some climbing club dinner invitations, memorial service cards of fellow climbers and get-well cards, together with some loose newspaper cuttings and a Nat Allen lecture poster.

The collection is of great interest for the heritage of British climbing. The Rock and Ice Club was an English climbing club formed on 26th September 1951 by a group of Manchester climbers. Nat Allen was a founder member, along with Doug Belshaw, Joe Brown, Don Chapman, Don Cowan, Jack Gill, Pete Greenall, Ray Greenall, Ron Moseley, Merrick (Slim) Sorrell (Instructor at Ullswater Outward Bound School), Dick White and Don Whillans. Notables amongst these founders (in particular Don Whillans and Joe Brown) were at the forefront of British climbing at their time, being the first to compete on equal terms with continental alpinists since before the First World War. Brown later went on to make the first ascent with George Band of Kangchenjunga, the third highest mountain in the world, in 1955. Joe Brown is Patron of the Mountain Heritage Trust. 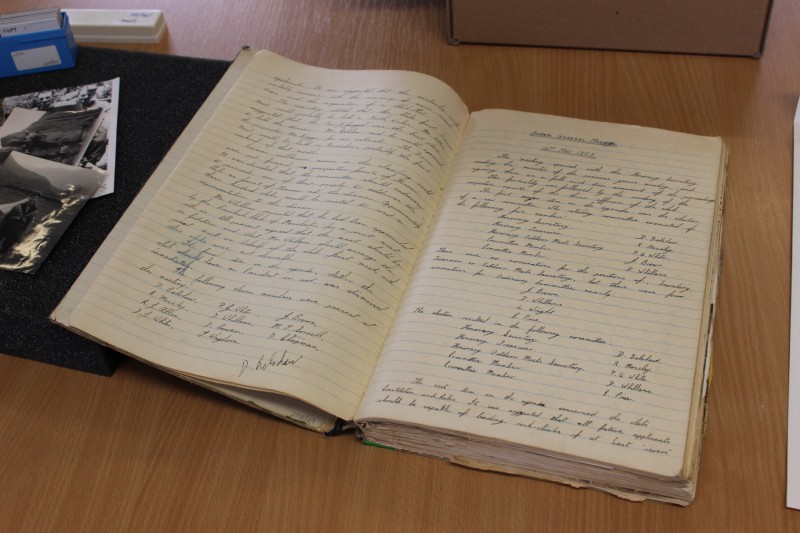 Scrapbook relating to the Rock and Ice Club, 1951-1956. Courtesy of the Mountain Heritage Trust.