The original 16-folio manuscript of Handel’s vocal trio, Se tu non lasci Amore, HWV 201a, scored for two sopranos, bass and continuo, and written in July 1708 shortly after Handel’s arrival in Naples. This manuscript is the only autograph version of this ‘Terzetto’, with copies existing in various locations, mainly in a much shorter version (HWV 201b – of which there are four manuscripts in the BL). It is a rare survival from the composer’s Italian period, since most of the manuscripts from that time were lost when he moved to London in 1710. During this period, the young composer was still exploring how to set words to music in a dramatic context, a technique which he was to raise to new heights in his more mature cantatas, operas and oratorios. All three voices sing the same Italian text as one rather than as individual characters. In other respects the work shows the extent to which Handel learnt from his Hanoverian predecessor Agostino Steffani how to mix a native German contrapuntal style with a more expressive Italian lyricism. Steffani’s own autograph manuscripts also form part of the British Library’s Royal Rare Books & Music Library.

Another insight into the composer’s own musical education is provided by a note in the hand of the original owner, Bernard Granville. He recorded the composer’s admission that he learnt much from Johann Krieger’s Clavier Übung and that he considered it essential that keyboard players should begin to learn on the clavichord, rather than the organ or harpsichord. Granville’s collection of copyists’ scores of Handel’s works is already held by the British Library. Acquisitions by Gift and Purchase

Handel autograph manuscripts rarely come on the market: the British Library already holds approximately 95% of those that have survived, with the Fitzwilliam Museum holding 4% and almost all others being permanent public collections in Germany and the US. This manuscript had not previously been available for full scholarly scrutiny, making this a unique opportunity finally to allow full research access.

Since acquiring the manuscript, it has been catalogued (shelfmark MS Mus. 1818) and received conservation treatment, and is already available for consultation in the Music reading room. The manuscript will be digitised in full in January 2018 and made freely available online. Richard Chesser, Head of Music Collections, wrote an article on it, ‘Granville reunited: a ‘new’ Handel autograph at the British Library’, which was published in The Handel Institute Newsletter, 28/2 (Autumn 2017), pp. 1-4), bringing this remarkable acquisition to the attention of the Handel community worldwide. A performance of it will take place during 2018. 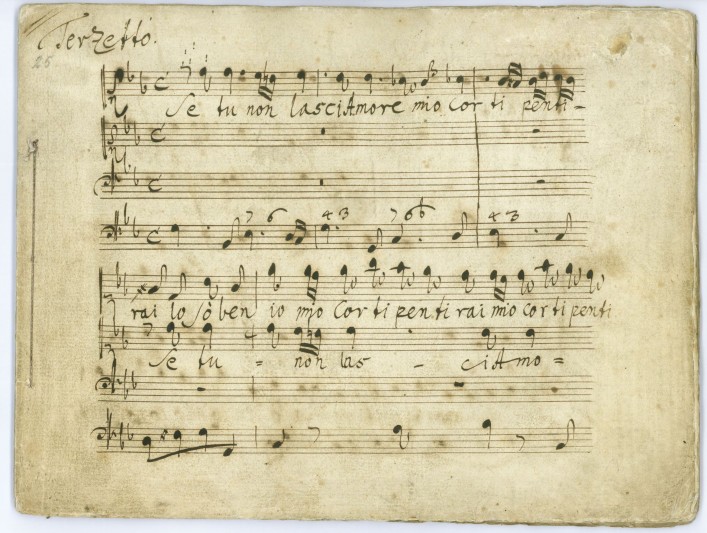