Thanks to the generosity of the Friends of the National Libraries we have been able to acquire a significant quantity of papers of John ('Jack') Wilton Haines (1875-1960), dubbed the ‘friend of poets’ by Walter de la Mare.  Important in their own right, these papers are also intimately related to the J W Haines archive which we already hold and with which they can now be re-united.

Jack Haines was the first of four sons born to Caroline Charlotte Haines (née Johnson) and Gloucester based solicitor John Pleydell Wilton Haines.  After leaving school, he followed family tradition by pursuing a career in law, training as a solicitor and then joining the family practice. Although happy in his choice of career, he was passionately interested in literature and an avid book collector. Through these interests, he acquired contacts in the publishing world which led him to meet and befriend many contemporary poets, authors and composers.

It was fortuitous for Haines that many leading cultural figures of the early 20th century were Gloucestershire residents.  A surplus of empty, cheap cottages for rent in the village of Dymock, near Gloucester, had attracted a gathering of lowly paid, often impoverished poets and their families including Robert Frost, Wilfrid Gibson, Lascelles Abercrombie and Rupert Brooke.  Their presence attracted other leading literary figures such as Edward Thomas, Eleanor Farjeon, Ivor Gurney, W H Davies and John Drinkwater.  Haines was able to mix socially with these individuals; they, in turn, recognised his interest in poetry and writing and would routinely ask for his opinion on any new work produced.  As a well-heeled professional, Haines could also offer financial and legal help, as well as business and personal advice.

The newly acquired papers include many letters to Haines from members of his literary circle.  These include Lascelles Abercrombie (“So what we both feared has happened! The loss of Edward Thomas is the worst blow I have suffered since Rupert Brooke went”), C Day Lewis, Wilfred Gibson, Gordon Bottomley, Siegfried Sassoon and Eleanor Farjeon (“I drove to Wiltshire to fetch Helen Thomas back…..she was almost more happy and full of life than I’ve known her since Edward died).  The best represented correspondent is Walter de le Mare from whom there are some 20 letters (“there seems to be no question that Robert Frost set Edward’s mind in the direction of verse although not in the direction of poetry since all his prose is saturated with it”).  Other notable items include Haines’ diary of rambles in the Lake District between 1911 and 1920; his diary for 1895 in which he lists and rates each play he saw; and a catalogue of his books (“all except those stated are first editions”).

A detailed catalogue of all the purchased items is being compiled and, when finished, the entire J W Haines archive will be searchable online (collection reference D10800).  An illustrated talk on Haines and his circle, featuring the newly acquired items, was given to the Friends of Dymock Poets in October 2018. 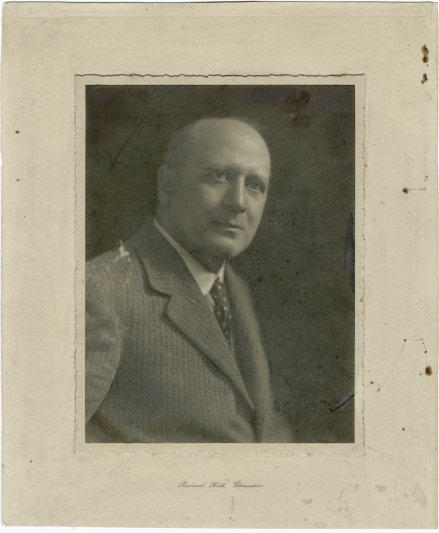