Charles-Ferdinand de Bourbon, Duc de Berry, was assassinated in Paris in 1820. His widow, Marie-Caroline de Bourbon-Sicile, inherited the Duc’s collection of paintings. The collection had a particular focus on 17th century Dutch paintings, many of which were of exceptional quality. The Duchesse decided to sell 118 paintings and they were sent to Christie’s in London for sale by private contract. In April 1834, Christie’s published a catalogue of the collection but, as it was not dispersed by auction, it was not included in Lugt’s Repertoire des Catalogues de Vente. The sale was opened to the public on 14th April 1834; however, at that time only 21 of the paintings were sold. Whilst a record of the sale is given in the Getty Provenance database, no information about the buyers of the paintings is recorded; they are listed only in the documents acquired by the National Gallery.

The archive consists of a complete inventory of the 118 Berry paintings; a list of the costs of packing, shipping and insuring the collection; and a list of the 21 paintings which were sold, recording the buyers’ names. This last item constitutes invaluable information which has never before been published. In addition, there is a letter dated 27 December 1833 from the dealer John Smith to Alexander Baring, attempting to solicit Baring’s support for him to win the commission to sell the collection. Finally, a bundle of papers provides information on the shipping of the collection from Paris to London.

The documents are particularly revealing of the state of the European art market in the early 19th century. That such a large number of paintings were shipped from Paris to London is indicative of the fact that Paris, as a commercial centre, was considered unable to deal with such a large and significant sale. Instead, London was viewed as the best place to find capable sellers and suitable buyers. This story of the trade in Old Master paintings is one that the National Gallery is increasingly well equipped to tell. Established in 2013, the National Gallery’s Research Centre, of which the Archive now forms a part, supports the Gallery’s research strategy and ensures that our resources are made available to as wide an audience as possible. One of the Gallery’s specific research themes is ‘Buying, Collecting, Display’. The Duc de Berry papers are a significant acquisition for our work in this area, as well as being an important resource for academics and students working on the history of collecting.

We would like to express our gratitude to the Friends of National Libraries for their assistance in enabling the National Gallery to purchase this important collection. Catalogue records for the archive (NGA42) can be viewed here. 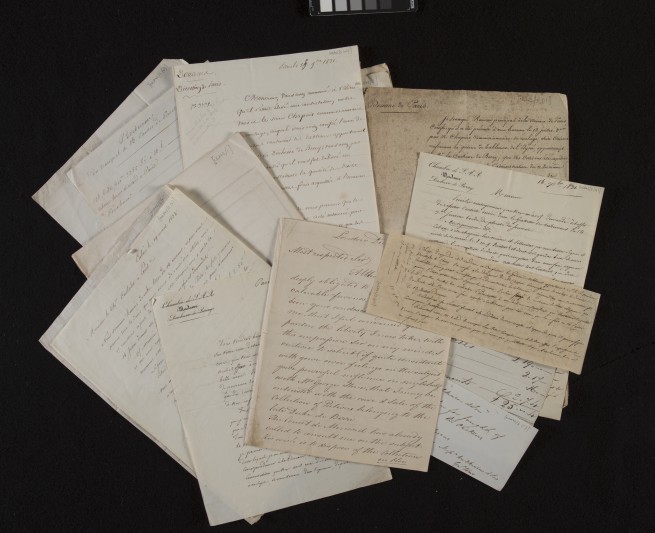 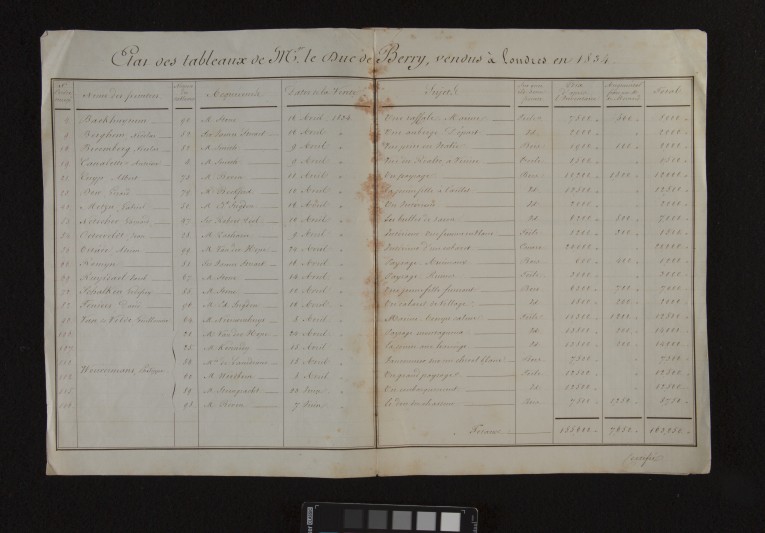 Papers relating to the sale of the Duc de Berry's collection of Old Master paintings. Images courtesy of the National Gallery, London.