The deed relating to the Sharington family of Lacock Abbey is an important acquisition for the History Centre.  It is now reunited with the Lacock Archive, which was purchased from a private vendor in 2012, with funding from the Heritage Lottery Fund and the Friends of the National Libraries. With other documents in the archive it enhances our understanding of the family’s history and the development of the estate.

Henry Sharington was the younger brother of Sir William Sharington, who bought the estate the Lacock Abbey estate from Henry VIII in 1540. Sir William Sharington was a prominent Tudor courtier and a wily political operator, eventually becoming Under-Treasurer of the Bristol Mint, which he defrauded, keeping the profits to invest in rebuilding Lacock Abbey. He also invested other land and by 1548 he owned no fewer than 14 manors and estates in Wiltshire and neighbouring counties. Sharington is best known for his involvement in a plot with Thomas Seymour to overthrow Edward Seymour, the Lord Protector of Edward VI, in 1549. The plot was discovered, Thomas Seymour was executed, but Sharington was pardoned by the King in 1551 after paying a large fine of £12,867. The pardon is wonderful illuminated document also held at the History Centre.

Sir Henry Sharington inherited his brother’s estates when Sir William died without issue in 1553.   He was a political figure, becoming MP for Ludgershall in the first parliament of Elizabeth I; appointed a Justice of the Peace in 1561 and Sheriff of Wiltshire 1567-1568.  In 1574, he was knighted by Elizabeth I as she stopped at Lacock on a journey between Bristol and Wilton. On his deathbed in 1581 he made a nuncupative will, provoking a dispute between his two surviving daughters Olive and Grace (who was married to Anthony Mildmay).

Sharington was known to be a strong and argumentative man, constantly quarrelling with tenants and authorities.

The Bayntons were also a notable Wiltshire family. Sir Edward Baynton (c. 1495-1544), was brother-in-law to Catherine Howard and Vice-Chamberlain to all of Henry VIII’s wives, other than Catherine of Aragon.

The document, along with the rest of the Lacock Archive, is available for public consultation at the Wiltshire and Swindon History Centre in Chippenham. 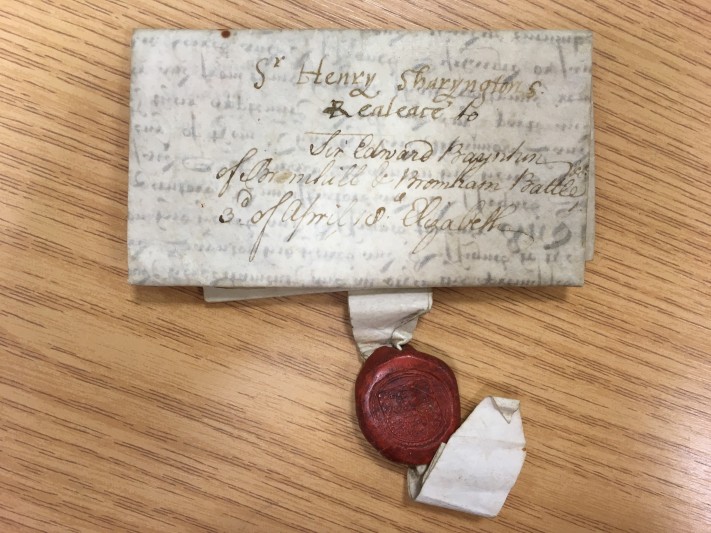 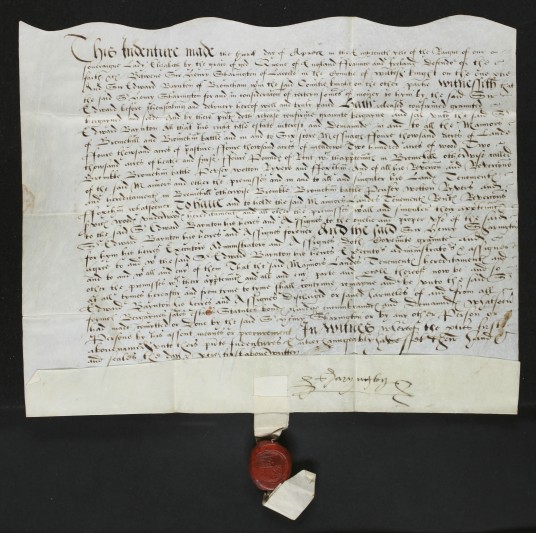