Somerville College is the home of John Stuart Mill’s London library, comprising around 1,700 volumes belonging to him and his father, James Mill. The volumes contain many instances of their verbal and non-verbal marginalia and following the launch of a campaign in 2015 to publicise, preserve and digitise the collection, there has been much research interest in the books and marginalia. In recent years the college has been enhancing the collection through the acquisition of hitherto unpublished letters written by John Stuart Mill. In 2019 an opportunity arose to acquire six such items, plus a particularly interesting previously-published letter.  Thanks to the Friends of the National Libraries and private donors we were able to secure all of these items, ensuring they would be available for Mill researchers for the future.

Four are letters from Mill written between 1836-1838, to Albany Fonblanque, editor-proprietor of The Examiner, and George Armstrong, a Unitarian minister and commentator,  concerning Armstrong's proposed paper for the London & Westminster Review  - a periodical which Mill was instrumental in editing.  The letters shed light on Mill’s views concerning church and state and clarify the editorial doctrine of the Review on this matter.  They also give an important insight into his relationship with fellow radical journalist Albany Fonblanque.   Unfortunately it appears that despite Mill’s enthusiasm for Armstrong’s paper it was never published by him.

The fifth is an interesting letter to Pastor Louis Rey of Avignon asking for an introduction to M Dollfus in Mulhouse to see the work that the philanthropic factory owners had done for the benefit of their workers. In 1866 Mulhouse had outlined his rationale explaining that manufacturers owed something more to their workers than a salary and should be concerned with their moral and physical condition, which should take precedence over private interest. Louis Rey was present at Mill’s death and made an address at his funeral in Avignon in 1873.

The sixth is a letter to William Cabell, Senior Clerk in the East India Company’s Secret and Political Departments and Assistant Secretary at the Board of Control.  It concerns a missing report of which Mill was able to provide a copy.

The final item, although previously known and included in the Additional Letters John Stuart Mill (ed. Marion Filipiuk and John Robson),  was of such interest that it was included in the collection.  It is from Mill, written in January 1866 to Edwin Arnold, a journalist for the Daily Telegraph, declining to contribute an article to the newspaper due to its support for the violent suppression of the Morant Bay Rebellion in Jamaica.  Indeed Mill declares himself at ‘open war’ with the publication. In the following July, Mill became chairman of the Jamaica Committee dedicated to bringing the Governor of Jamaica, Edward John Eyre (1815-1901) to trial. 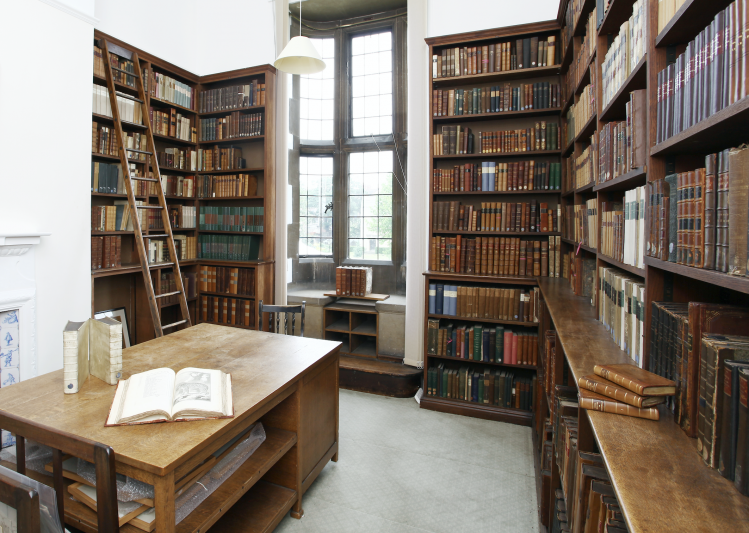 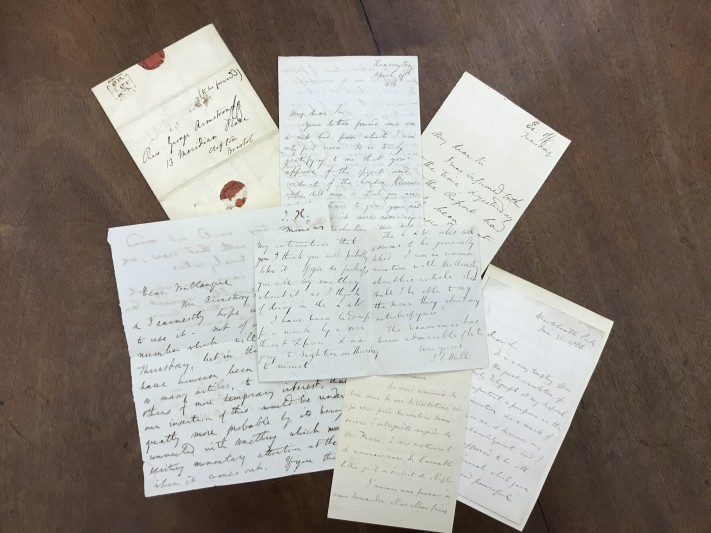 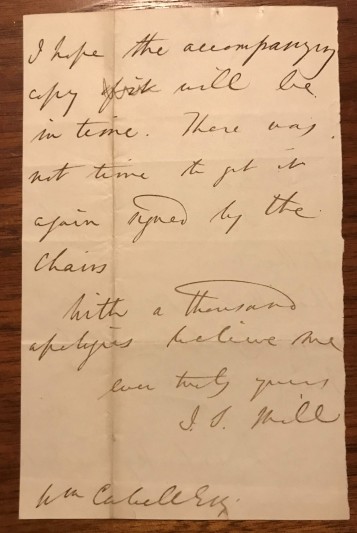 Letter from JS Mill to William Cabell circa 1832-41. Courtesy of Somerville College.