This particular copy bears the ownership marks (an early Langton stencil and a later Massingberd signature) of Peregrine Langton (d. 1856), the son of Samuel Johnson’s great friend, Bennet Langton. In 1804 Peregrine married Elizabeth Massingberd, inheritor of Gunby House; in the process he took on his wife’s family name and began adding books to the Gunby library. Already a fine squire’s library chiefly built up and organised by Elizabeth’s father, Henry, it was expanded by Peregrine largely by the addition of some of his father’s books.

Peregrine’s personal books are not found in a large number at Gunby so the Pierce volume will allow us to broaden our understanding of how his collection was formed, and the scope of his interests. For example, the contemporary and handsome binding (to say nothing of the subject matter of the text) is unlike any other found on the Langton books at Gunby. Further research is needed but the initial suggestion is that the book is a Langton family heirloom, acquired by one of Peregrine’s Lincolnshire forebears who may have known Pierce in his capacity as a prebendary in the Diocese of Lincoln.

The year 2019 will see a greater focus on the library at Gunby, with funds having been allocated to complete the cataloguing of the book collection. The Pierce volume is, therefore, a timely addition to one of the National Trust’s finest libraries. 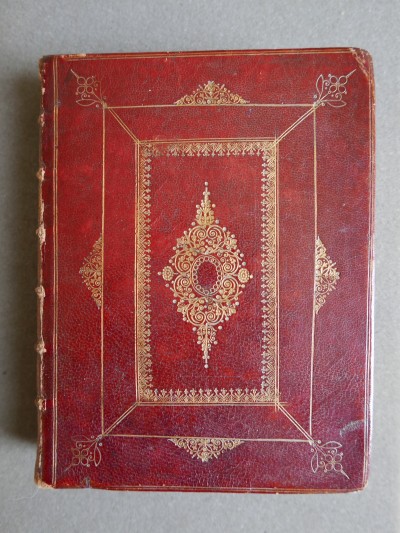 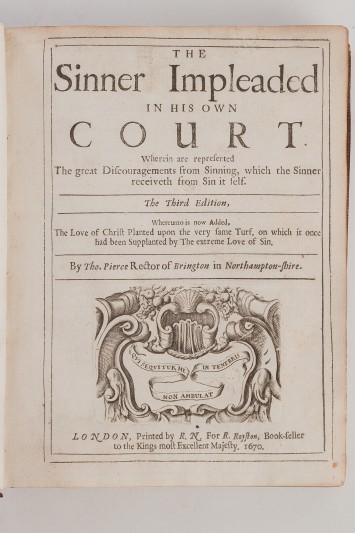 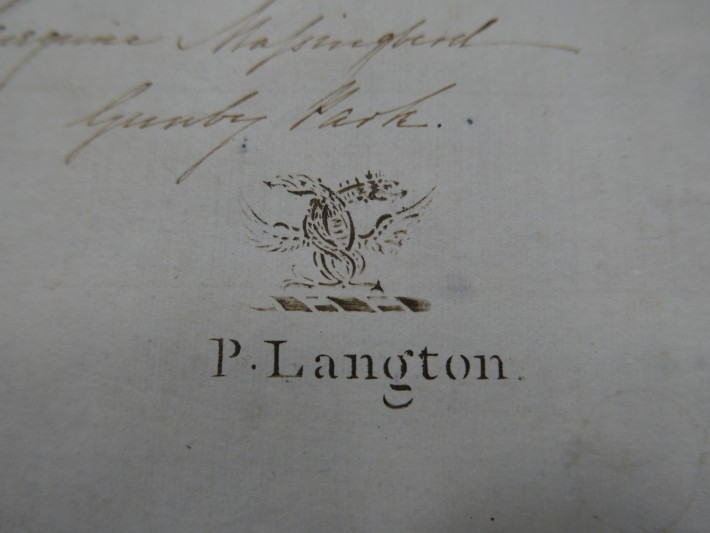 The early Langton stencil and a later Massingberd signature. Images courtesy of the National Trust.