In 2007 Shropshire Archives acquired, with support from the V&A Purchase grant fund and the Friends of the National Libraries, as well as local fundraising, volume two of David Parkes’ Sketches in Shropshire, which covered places alphabetically from Ludlow to Wem.

In 2018 Shropshire Archives had the opportunity to purchase privately volume one of this work, which includes over 160 original pencil, ink, and watercolour wash sketches of locations across the county listed from A-L. This was a fantastic opportunity to complete the acquisition of this important work by David Parkes, and something which the service had never expected to happen.

The drawings date from around 1800 to 1830, as do the ones from the second volume. Parkes’ activities reflect the growing antiquarian interest at that time. The drawings include views of parish churches, but also other significant houses and buildings including, Acton Burnell Castle, Attingham Park, Haughmond Abbey, Hadnall Hall, Hodnet Hall, Lilleshall Abbey and Longner Hall. The majority of the works are in pencil with a good clarity of line, though the few watercolours also show Parkes’ talent in this area.

David Parkes (1763-1833) was a prolific artist and antiquary. He was born in Halesowen of ‘an old family in reduced circumstances’ according to the Dictionary of National Biography. Following his education, he moved to Shrewsbury, where he established, in a house called the Franciscan Friars, a school for children from commercial families. This was successful and later transferred to larger premises in Castle Street. He married Elizabeth Morris, the eldest daughter of a tradesman and small freeholder of Hadnall, Shropshire, with whom he had three sons and three daughters.

He spent his leisure time travelling around Shropshire drawing churches, houses, and other buildings. Parkes was also a frequent contributor to the Gentleman's Magazine, and some of these works also form part of the print collection at Shropshire Archives. His work presents an important view of Shropshire in the early 19th century and is significant particularly in depicting churches before their Victorian restorations. David Parkes died in Shrewsbury on 8 May 1833, and sadly his library and collections were sold and dispersed in the following August.

Shropshire Archives is working to make all its pictorial collections accessible online, through a programme of cataloguing and digitisation. The Parkes drawings in volume two have already been digitised and are available at www.shropshirearchives.org.uk under Shropshire Archives reference 7675, volume one will be joining this online resource very soon. 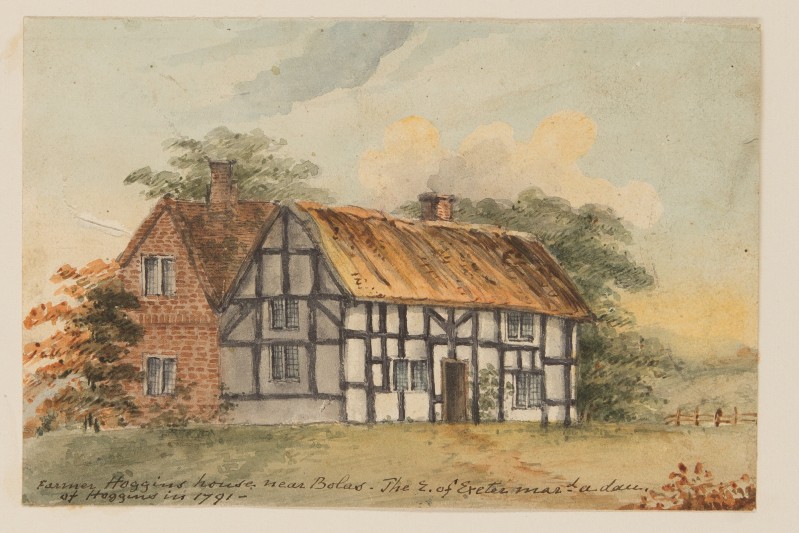 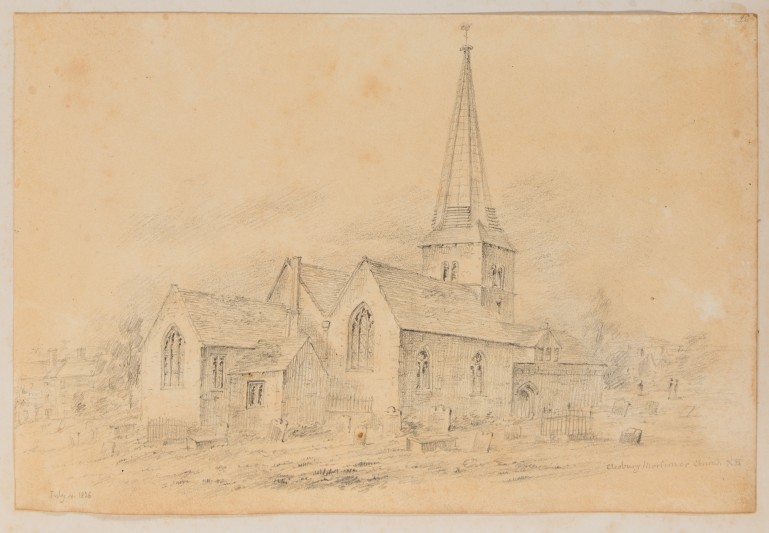