The Royal Botanic Garden Edinburgh (RBGE) Library is grateful to have received the support of FNL to purchase Tracts Coal & Nursery a collection of papers and 18th century nursery catalogues.

Often containing beautiful illustrations, nursery catalogues are important sources of information on when and where specific plants and/or varieties of plants became generally available. As such they are increasingly of value to researchers from a range of disciplines, e.g. garden history, garden design, landscape architecture, art and horticulture. In addition, in many cases, the Scottish nurseries would be obtaining new species of plants from the RBGE and vice versa and the published nursery catalogues are therefore an important supplement to our own historical plant records.

In the mid- to late 18th century Scottish gardeners held many of the top gardening posts both in Britain and overseas and many of them would have maintained contact with their local plant nurseries throughout their careers. As a result, Scottish nursery catalogues from this period are particularly significant sources of information regarding the use of new species and varieties of plants. Unfortunately, because of their inherently ephemeral nature, copies of catalogues from this period are also relatively rare; of the 147 Scottish catalogues in the RBGE collection prior to this acquisition only five were from the 18th century.

The volume was previously in the Library of Fettercairn House, the ancestral home of the Forbes family and has the signature “Belsches” on the front pastedown. In 1797 Williamina Belsches (1776 – 1810), the only daughter of Sir John Belsches Wishart and Lady Jane Belsches, married William Forbes.

The volume will be fully catalogued and information about it will be shared via the RBGE’s Botanic Stories blog. 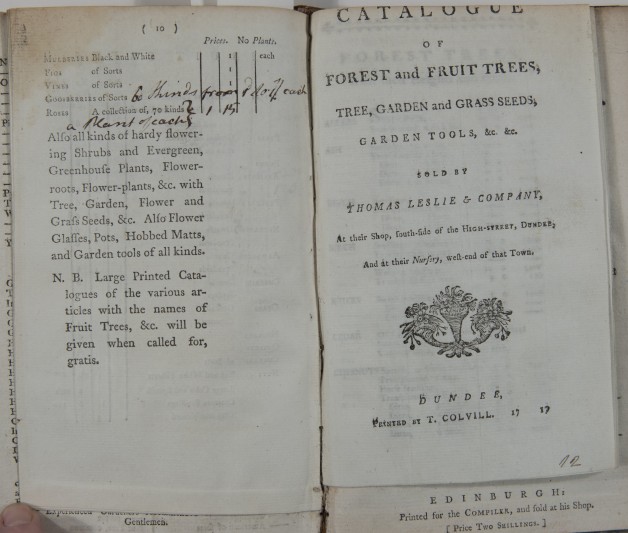 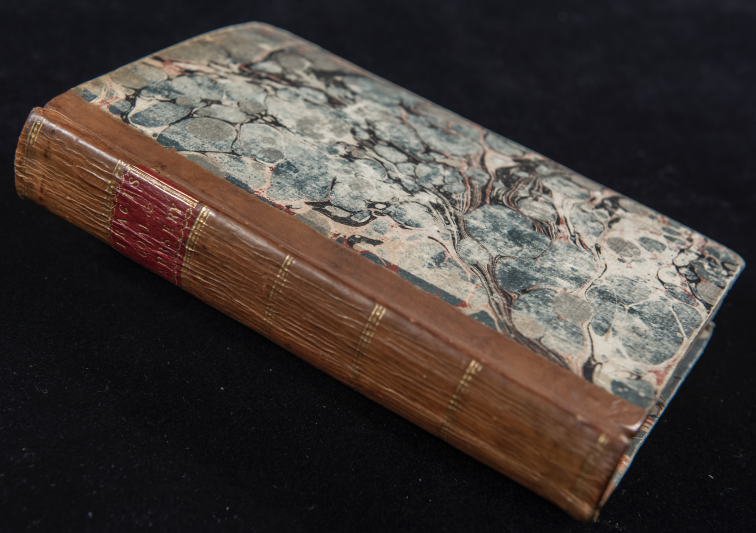