A magnificent series of medieval charters and deeds, including a series of 35 issued by native Welsh princes, many still retaining their equestrian seals. There are the detailed accounts of Sir Richard Wynn, treasurer and receiver general of Henrietta Maria, queen of Charles I. These volumes and rolls compiled between 1630 -40 contain receipts and expenses for the Queens household at Wimbledon and include record of a payment to Ben Jonson and the Dutch artist Jan van Belkamp. The archive also includes 53 architectural drawings prepared c.1770 by James Byres for a proposed palace at Wynnstay, which was never built. Illustrated at p. 27 of AR 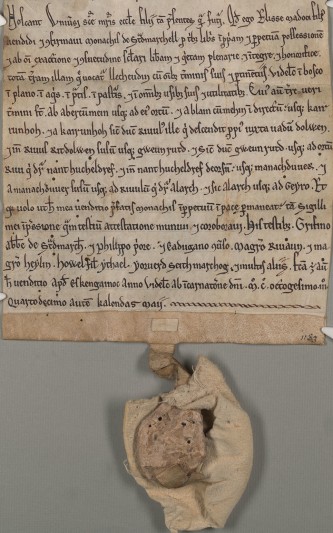